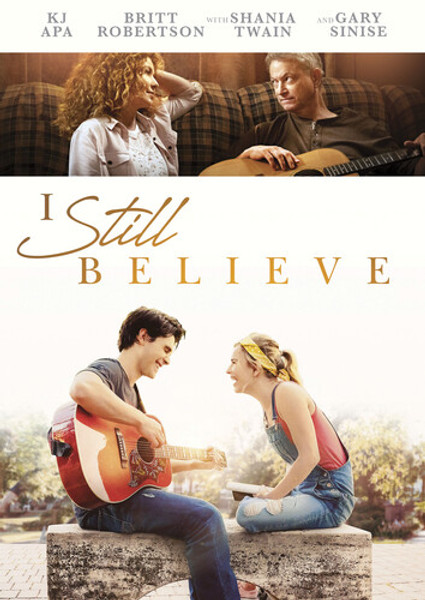 I Still Believe is a 2020 American Christian musical romantic drama film directed by the Erwin Brothers and starring KJ Apa, Britt Robertson, Shania Twain, Melissa Roxburgh and Gary Sinise. It is based on the life of American contemporary Christian music singer-songwriter Jeremy Camp and his first wife, Melissa Lynn Henning-Camp, who was diagnosed with ovarian cancer shortly before they married. Camp's song "I Still Believe" is the film's namesake.

The God Who Is There: By Francis A Schaeffer

A Little Primer on Humble Apologetics: By James W. Sire

Thinking About Christian Apologetics: What It Is and Why We Do It Paperback Book

Magdalena: Through Her Eyes in 24 Languages DVD

ORIGIN: Design, Chance, and the First Life on Earth Blu-ray